LATEST DEVELOPMENTS
The war in Ukraine has had many negative side effects. In addition to radically increasing fuel prices, economic hardship experts warn that the related food crisis could also be a problem.

Ukraine in particular is widely considered one of the world's largest breadbaskets, with up to 2/3 of its territory covered in extremely fertile black soil. Its national flag is yellow grain with blue sky above it. This belt of fertile land then continues into Russia, while it is declining towards the west.

Ukraine and Russia produce almost a third of the world's wheat and barley, and half of its sunflower oil. This means that Ukraine provides food for 400 million people. The food supply for millions of Ukrainians and millions more around the world “has quite literally been held hostage by the Russian military”, which is using food as a weapon to accomplish what its invasion has not – breaking the spirit of the Ukrainian people.

The Ukraine refugees coming in our direction are 40% children and minors.

Ukraine's crippled agricultural exports are threatening food shortages in poor countries, especially Egypt and Yemen. According to Ukrainian sources, the Russians are diverting/stealing grain and blocking 22 million tons of grain in Ukrainian ports.

As of now, we do not have any food shortages, and prices continue to be reasonable to careful shoppers.

Report from Prague, Czech Republic May 2022

The first phase of the Ukrainian refugee crisis went well, so far. We are delighted that over 3 million mothers with children found refuge in Poland (7.8 % of the population of Poland).

To give you an idea, it's as if the US was flooded with 26 million mothers with children in just 2 months! About 700 thousand mothers with children found refuge in the Czech Republic and Slovakia (4.6 % of the population of Czechia and Slovakia), 850 thousand in Romania, etc. Over 10 million out of 40 million Ukrainians (25 %) have been displaced and 5.5 million (13 %) have left Ukraine. They were welcomed with open arms.
The government, individuals, churches, and the immigration authorities quickly organized lodging, health insurance, placing children in schools, and helped especially those qualified to find employment as assistants and aides in hospitals, nursing homes, and factories. The solidarity with refugees is unprecedented. All 6 small churches we work with care for about 60 Ukrainian mothers and children.

Phase two, integration of refugees, is on a good track as well. It is interesting how quickly we are brushing up on the basics of Russian, Polish, and Slovak languages. We hardly need any help with translation. Slavic linguistic similarity is a great help.

Phase three pertains to the future. For now, many mothers and children are safe. Their husbands, sons, and fathers (all men from 18 to 60 are not allowed to leave, except fathers of 3+ children) are putting their lives on the line to defend the independence of Ukraine. Most refugees have families back home, many have nowhere to return to. When and if this war will end remains a question.

1  Pray that this whole war situation will awaken all God's people, so that those who belong to Him from eternity may be drawn to Christ by the Father (John 6:44)
2  Keep the recent conflict and the countries dependent on Russian oil in your
prayers.
3  What is happening now has immeasurable consequences for the way Europe has
functioned so far.

Our hope is in our LORD 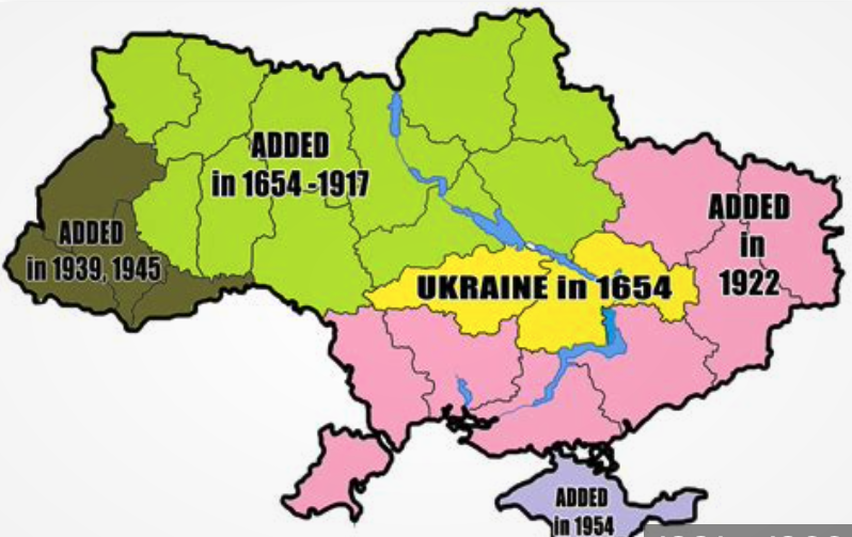 UKRAINE THEN AND NOW -
BUT IT IS CHANGING AGAIN 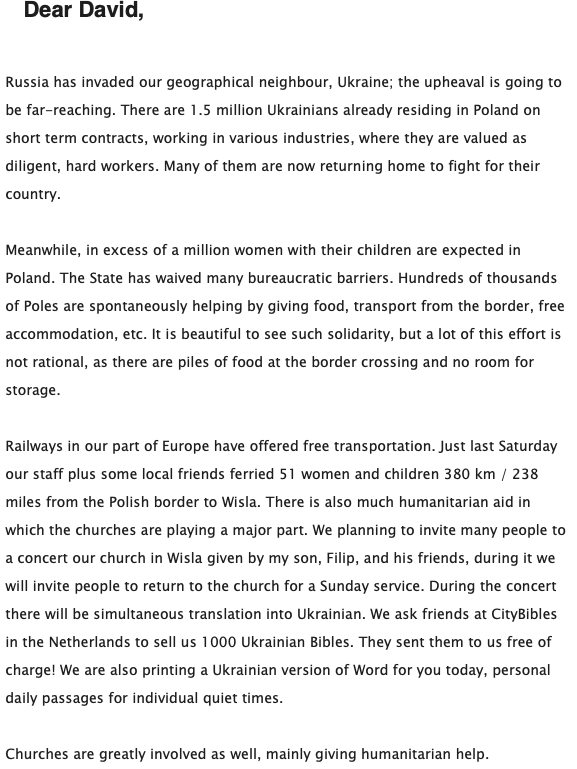